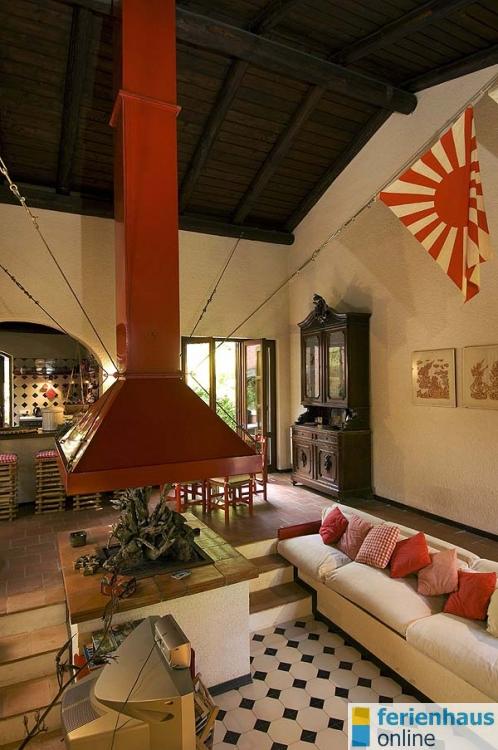 FERIENHAUS SIZILIEN IN NICOLOSI/MODICA is an ancient Sicilian small town placed in the south-eastern area of the island, 15 Km away from Ragusa. Its history traces back to the Greek colonization passing through - respectively - the Roman, Byzantine and Arabian rule until 1091, when the Normans made it a shire. Artistically speaking Modica is typically baroque and its beauty lies most of all in its eighteenth century texture of buildings. Among the several churches and mansions worth visiting the magnificent “Chiesa di San Giorgio” (Saint George Church) with its flight of steps (250 steps) stands out. Important folk happenings and performances worth visiting are: “a Maronna Vasa Vasa” (pretty local religious performance connected with our Lady Mother Mary) taking place on Easter day morning; the “Giostra dei Chiaromonte “ (Tournament of the Chiaromonte family) evoking the birth of the shire and taking place on the first day of August; the “festa di San Giorgio” (Saint George\'s feast) on the week-end following the 23rd April; the “festa dell\'Addolarata” (Our Lady of Sorrows\' feast) in October. Ragusa is 15 Km away, Scicli is 15 Km away, Cave D\'Ispica is 15 Km away, Noto is 30 Km away, Donnafugata is 30 Km away, Vendicari is 30 Km away, Portopalo is 50 Km away, Siracusa is 60 Km away, Caltagirone is 70 Km away, Piazza Armerina is 110 Km away, Catania is 120 Km away, the Aetna is 130 Km away, Agrigento is 130 Km away, Sciacca is 180 Km away, Selinunte is 230 Km away.